Julian Casablancas+The Voidz go glam! They just released the second official video for the second single off of their album “Tyranny” that was released on CultRecords NYC in 2014, after the earlier released “Where No Eagles Fly”. The 13 minutes clip was directed by Warren Fu & Nicholaus Goossen.

The song “Human Sadness” starts of with a classical piano passage and some orchestral samples that are quickly joined by the main guitar riff. The chorus incorporates a quote by the Persian 13th century poet Rumi:

The glam approuch is undeniable. But Julian Casablanca’s vocals are distorted in a way that the lyrics become nearly inrecognizable and it’s getting catchy and Strokes-like and even kind of cheesy, but after minute 5 all of this is starting to become chaotic in not the best way imagined, unfollowable maybe, calming down only at 11 to an again cheesy but calmer final of this kitchy overloaded opera piece.

Same for the video, but check yourself. Also below the nihilistic lyrics.

beyond all ideas of right and wrong there is a field, i will be meeting you there
-Rumi

should i delete it,
you said you’d read it
you promised you would never ruin it with sequels,

I wake for you… on and on

beyond all ideas of right and wrong there is a field,
i will be meeting you there.

wanted you… didn’t ask for nothing. wait for you… on and on

and i don’t need your tie, i don’t need to, tired of saying it.
we don’t need more talk, don’t empty out your canteen on the desert floor.
…ahhh, it’s all my fault

never wanna spell it out,
i just want to say that it is all my fault,
i could never spit it out,
i don’t wanna fix your tie…

never want to say we’re sad,
thankful that we got some chance,
i know you won’t get back your time,
i wish that you could take it back…

beyond all ideas of right and wrong there is a field,
i will be meeting you there.

he wanted it more than me, i suppose
i was in a rush to wait in a line.
now i hear echoes of my old self,
this is not the way to be.
all at once,
i lost my way…

is it not true, the things that we did?
come here at once and look what they did
come here shut down and tune in tonite,
learn the words that they teach you without you realizing it
come here sit down and watch some tv

i rely on the little things to get me by,
conscience says “i’m ok”,
you don’t hear what they say.
“he’s not my son, search his home”
off to war,
it’s time to go hide inside

just walk me thru it, tell me what to do i’ll do

hurry hurry, that’s my baby
ohh, do what you can.

all the time – he waits for me.
and now we talk from time to time,

hits you on the head when nobody’s there,
then he says ‘come here could you fix my tie?’

it’s never gonna be,
to be is not the way to be.

show me where to go don’t get angry so quickly,
fuck depression…

beyond all ideas of right and wrong there is a field,
i will be meeting you there

understanding is more important than love,
if not money will always trump justice 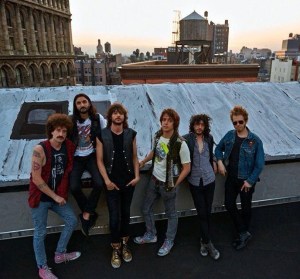